Status of the Journal

The nomenclature for fields of science in which academic degrees are awarded:

The journal is published on the resolution of the Academic Council of the State Institute for Art Studies since 2011 with financial support from the Ministry of Culture of the Russian Federation.

The journal is indexed in several databases

There is no charge. Honorariums are not paid.

Most of the rubrics correspond to the declared fields of science. However, articles on aesthetics and cultural studies can be published not only in the Art Theory rubric but also in another. The Art of the Soviet Era rubric includes articles devoted to general cultural processes but also to significant phenomena of particular art forms. This title emphasizes that interest areas of the journal include the heterogeneous Soviet art of 1917–1991: official art, unofficial art, underground art, popular art, author’s art, elite art, etc.

Articles on the creative activity of particular artists, directors, actors, musicians, composers, etc. can be included in the Individual Art Worlds rubric, as well as in other rubrics focusing on specific art forms. 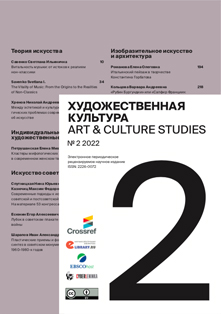 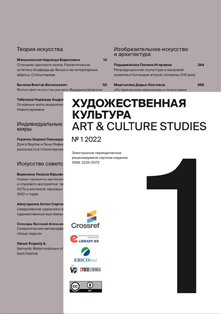 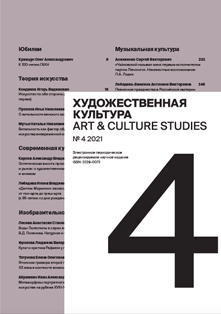 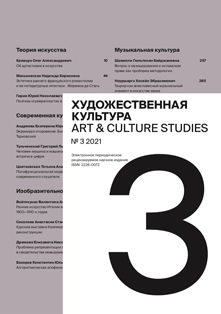 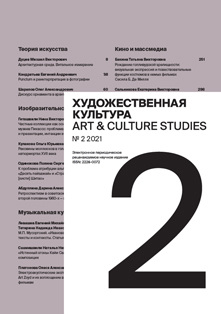 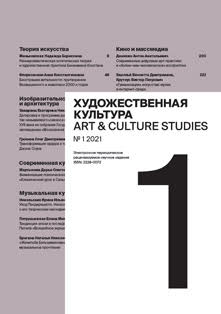 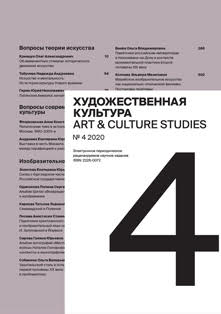 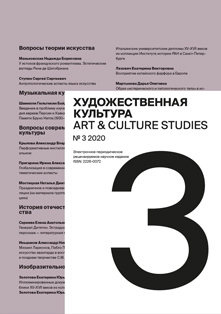 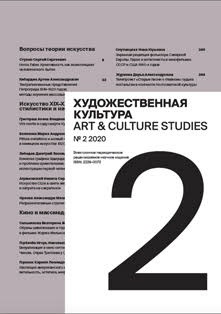 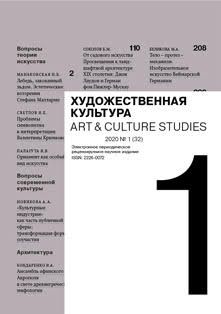 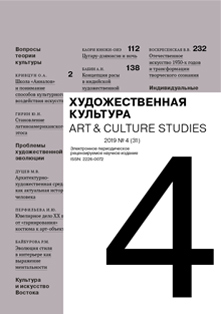 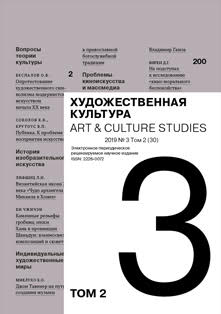 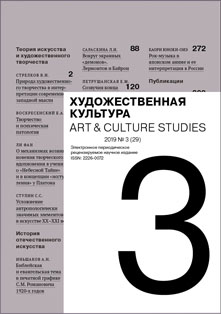 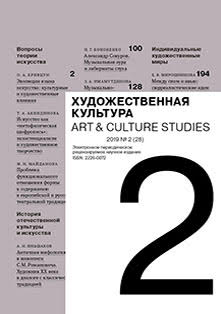 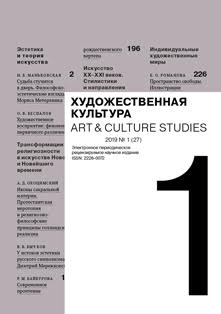 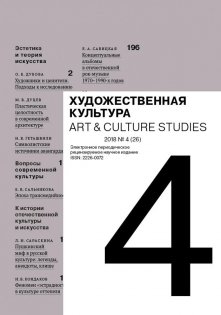 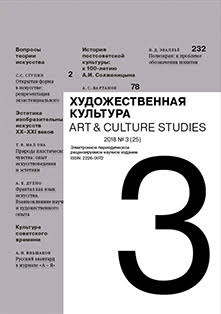 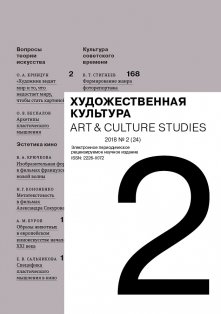 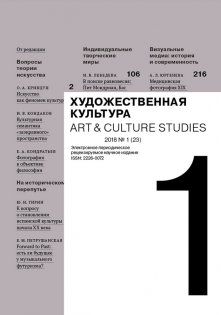